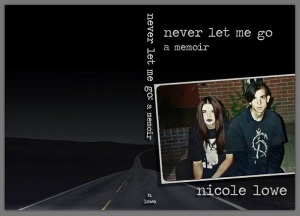 Never Let Me Go is the true story of Nicole Lowe, a teenage runaway who lived on the streets from the ages of thirteen to sixteen. As a member of a gothic cult in the 1990s, Lowe survived homelessness, drug abuse, physical violence, and sexual assault. The story of her rise from the streets of Salt Lake City to her eventual position as Utah Assistant Attorney General in the Child Protection Division stands as a towering inspiration for troubled youth, and a bold testament to the tenacity of the human spirit. “Never Let Me Go is a brief trip into the mind of a headstrong runaway who by all accounts has slipped away—maybe too far for redemption. But Lowe’s memoir shows that young people who’ve gone astray don’t have to change who they are to change the direction their life is going. Throughout the book, Lowe seamlessly transitions between detailed accounts of her own hardships, and the hardships that, as an adult, she would eventually help others to overcome.” – Whittney Evans (KUER Radio) “A fascinating look at why a young woman with a safe home would choose to be homeless. The pain, confusion and hopelessness Nicole Lowe describes, drawing from her adolescent journals and poems, is searing and raw. Writing this book took courage. Juxtaposing the choices she made as a teenager with the choices made by people she encounters in the child protection division offers a stark illustration of how badly things can go wrong for some kids, and how the right support and motivation can make all the difference for others. This would be an important work for anyone who knows a teenager prone to depression, drug use, isolation or suicide.” – Julie Rose (BYU Radio)

Check it out on Amazon.