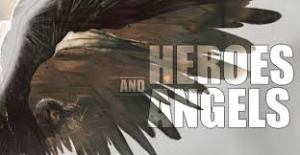 I love aid station volunteers. A Lot. They have saved countless runners who are ready to quit. They have assisted grumpy and rude runners with a smile. They’ve helped change dirty smelly runners socks and shoes. They stand out in the cold and rain patiently waiting for the last runner to come through.

They are heroes and angels.

Last year I decided to make heroes out of my running team. Well, they were already my heroes since they are my ultrarunning crew and pacers, but I wanted them (and me) to be heroes to other runners too.

We decided to man aid station 13 at mile 89 of the Salt Flats 100. I soon found out just how hard it is to pull off a successful aid station. There is actually a lot involved if you want runners to leave feeling as best as they can at mile 89.

Race directors supply their aid stations with as much as they can depending on the money from registration after other costs and sponsors for the race. This means supplies can very greatly depending on how big and well known the race is.

Salt Flats 100 is not a big race. It doesn’t fill up days after opening registration. Most years it doesn’t fill up at all. Because of this, my team brings a lot of our own stuff to create a refuge for the runners.

Runners don’t ask for much at mile 89. What they want is a bit of shelter, food, and encouragement.

Shelter: my team puts up two big canopies and walls off three and a half sides to create a shelter for the runners. Salt Flats 100 is run in the west desert of northern Utah. If you’ve seen the movie “Independence Day” the scene where Will Smith is dragging the alien through the desert on a parachute was filmed at the Salt Flats. It’s barren and exposed. There are mountains, but those are also barren and exposed.

Food: by mile 89 runners are either hungry and want real food or they are having significant stomach issues and would rather die than eat food. Most are in the former category. My team brings out a big camp kitchen and a propane pizza oven. We’re able to make pizza and quesadillas in the evening and night and then breakfast burritos and pancakes in the morning. We also bring the snacks we love to have when we run.

Encouragement: the “You’ve got this” attitude is a must for aid station volunteers. My goal is to never have a runner drop at my aid station. It gets ugly out there and pushing forward when your exhausted, want to vomit, and have torn up feet is tough. The front of the pack runners come through strong and don’t stay very long. The longer the runner is out on the course, the greater the beating their body takes. It’s harder to go slower. I know it’s the same distance, but it’s not the same race.

I mean think about it, the back of the pack is usually less experienced, less trained, or injured. Their mental state has been going up and down for miles and hours. Their stomach is likely to be in bad shape because of the duration of effort being pumped out. They are more exhausted. They’ve been exposed to the weather longer. They’ve been on their feet pounding away with sweat and dirt in their shoes for much longer than the front of the pack.

Volunteering for an ultra aid station is rewarding and it’s hard work.

Thank you to all the aid station heroes and volunteers. 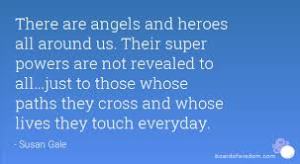 One thought on “Heroes and Angels”