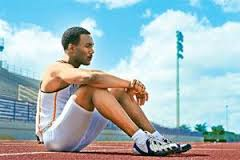 Do you get lonely when you run alone? I don’t. Sure, it’s nice to have someone along for a run once in a while maybe even a few days a week, but there are benefits to running alone too. Running is a great way to clear your head of all the stresses of everyday life. Talking with others about stresses is helpful, but breathing fresh air and just letting go of it, can be even better.

Running alone gives your brain the space to wander and create. I do some of my most creative thinking when I’m running alone. If you have someone there talking with you, you spend your energy processing what they are telling you and responding to them. This is probably my favorite thing about running alone. During the first twenty minutes to an hour, I think about a lot of things. Thoughts just jump in and out of my head, but then it goes quiet and the magic begins.

As an ultrarunner, you can potentially spend a significant amount of time alone during races and if you don’t train alone and become accustomed to being inside your own head, it can get scary. The critic inside your head is rarely a nice guy. Your mood goes up and down during a 100 mile race and if the race is the first time you are having to deal with that without another person to distract you, it’s going to get ugly.

There is an old saying among runners, never try anything new during a race. That means no new types of clothing, gear, or food. It applies equally well in this situation too.  You want to be able to mimic your race conditions as much as possible during training including elevation, gear, food, terrain, shoes, clothing, drink mixes, and yes the people in your head.

Running one hundred miles takes both physical and mental training. You have to learn to deal with whatever is inside your head or it could get the better of you during your event. The sooner you can learn different strategies for dealing with any self-defeating thoughts and negativity the better all of your runs will be.

One of the most effective ways I’ve learned to deal with this is through awareness. I know the tough times are coming and I know they will pass, so I stay focused on what’s around me. I stay present feeling the ground beneath my feet and taking in any other information my senses are picking up on. Your brain has a hard time criticizing you if you it’s filled with sensory information.

I try not to linger on any negative thoughts. If they just won’t go away, I begin challenging them by coming up with as many experiences I’ve had which contradict whatever the negative thought is.

What do you do to counter act negative thoughts during a race?

3 thoughts on “Benefits of Running Alone”