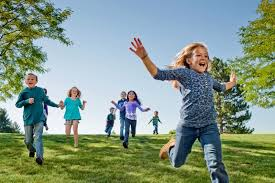 My oldest son, Jazz, turned eighteen on Friday July 10. Everyone says “time flies” and we all know that it does especially when we are having fun. And, all in all, watching my son grow into a man has been fun. Yes, he still acts and thinks like a teenager and he will for four or five more years, but he has successfully launched.

When our children reach another milestone along the journey of life, we ask ourselves, “What was I doing when I reached that point in my life?”

At the age of eighteen, I had a child of my own. I was trying to finish my high school diploma while taking care my son. Jazz and I were going through boxes a week or two ago and came upon a picture of him and me. He was 18 months and I was 19 years old. He said, “You look younger now than you did then.”

I have to admit I get a kick out of every time I am mistaken for his sister or one of his friends. He laughs about it now but he didn’t when if first started happening. People have made the mistake of thinking I’m about fifteen years younger than I am, even when my son is not around.

Some people just age well, I suppose, but running keeps you young. It is the fountain of youth. I’ve met many runners who look much younger than they really are. Running keeps you relaxed in other areas of your life and it helps you deal with stress when you are stuck in frustrating situations. Stress can add years to your appearance.

Running also keeps the bones and joints healthy. I know a lot of people (non-runners) say that running is not good for bones and joints, but all the science proves otherwise. Runner’s bones are more dense than people who are not active. This protects them from factures as you age and the bones become more brittle. Joints stay healthy when they are used, keeping the blood flowing to them.

Running also helps keep the extra weight off. Carrying extra weight causes joints to break down more quickly and hinders cardiovascular and respiratory functioning. If you take your running seriously, meaning you run three to four times a week and seek to improve your performance, you food choices tend to be on the healthier side such as fruits, vegetables, and lean meats.

I’m convinced running keeps you young not only in physical appearance but in the heart too.

Be young, enjoy life, and run.