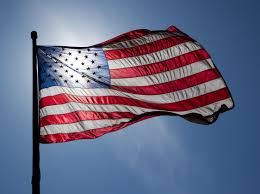 Melanie slid out of Sheriff Tom’s car and stepped up onto the curb in front of her house. She set the blanket he had wrapped around her on the blue grey vinyl passenger’s seat.

“You sure you’re all right?”

Melanie nodded, but said nothing. She turned to go.

“Hold up one second, Ms. Craig. These belong to you.” He held out her 9 mm. “I unloaded it, of course.” She took the gun. He picked up a Ziploc bag holding her magazine from the floor between his scuffed up black boots.

She took the bag in the other hand, and turned toward the house.

Her feet moved along the walkway worn into the lawn toward the maroon door of her home. She opened the bag and pulled the magazine out. She slammed it into the gun and slid it into the holster under her arm.

A dense fog floated inside her head as she pushed through the front door. Her mother was pacing back and forth on the living room rug.

Her mom inhaled as their eyes met and she wrapped Melanie in her arms. Melanie let her mom hold her for a few minutes without saying a word then she pushed her away.

“What the hell happened?”

“There was a dead guy lying at the base of the flag pole in front of the courthouse.”

“Murder, Justice killing call it what you want, he was dead.”

“Does the Sheriff know who did it?”

“This is exactly why the petition needed to be signed by everyone.” Jennifer walks over to the closet next to the front door and pulls her out her satchel. She puts it over her head and turns to Melanie. “Are you okay staying here with Sam? I need to go out for a while.”

Melanie waves her hand at her mom. “Yeah.”  Melanie knows the petition does not stop anyone from using their Justice Killings. There’s really no way to find out who killed that man. The sheriff can’t disclose that information.

Melanie looks at the clock hanging on the wall. Both black hands point straight up. Melanie shuffles into the kitchen. She watches out the window as her mother pulls her phone from her pocket and slides into the front seat of the van. Melanie cocks her head to the right, and pulls her cell phone out of her pocket.

She dials Holly’s number.  The van’s engine comes to life.

“I know,” Holly says on the other line. “What’s up?” Jennifer backed the van out of the drive way and turned it toward the city.

“My mom is up to something. I found a Justice Killing this morning—”

“Never mind that, I think she is going to do something drastic.”

“Your mom? Are you kidding?” Holly laughed.

“I’m serious. I don’t know what she is doing, but she left in a hurry and she is angry about this killing and was talking about her petition.”

Jennifer came home as Melanie was pulling garlic bread from the oven.

“Mommy!” Sam cried and ran to Jennifer and clamped her arms around her waist.

“I wasn’t sure what you wanted for dinner, so I just made spaghetti.”

Sam finished setting white plates on the placemats and started with the silverware.

The ringing of Melanie’s phone pulled her from sleep at four in the morning.

“Holly” flashed across the screen.

Melanie rubbed her face and picked up the phone.

“Huh?” Melanie sat up and swung her legs off the edge of her bed.

“Your mom and about thirty other people are surrounding my house with picket signs.”

Melanie put her head in her hand. “I’m sorry.”

“It’s not your fault. My dad is trying to talk to her, but she is not listening. She just yells louder.”

Fantastic, thanks mom. Melanie thought.  She hadn’t even heard her mother leave the house.

Melanie heard a bang and Richard Stein yelling in the background. As if this whole situation was not bad enough, now her mother was trying to run her best friend out of town. She didn’t want Holly out there in the chaos and destruction outside of the Blue River Valley. If Holly left, Melanie would never forgive her mother.